Hey Change, Come On In

Kelso was first. I loved agility but through his love for obedience I shifted my focus there. I showed him in agility but obedience was our game. He loved it, I loved it, and we shined together in that arena. I trained hard, I competed hard, and I was very proud of the consistent high scores we got in Utility and Open. When I retired him from Obedience Idgie was a one year old, and I had no idea how long it would be before I stepped into the Obedience ring again. I thought for sure that she, like Kelso would compete in both of my chosen sports. And I assumed she’d be better than he was at both because my training skills were better and her temperament was far more stable. 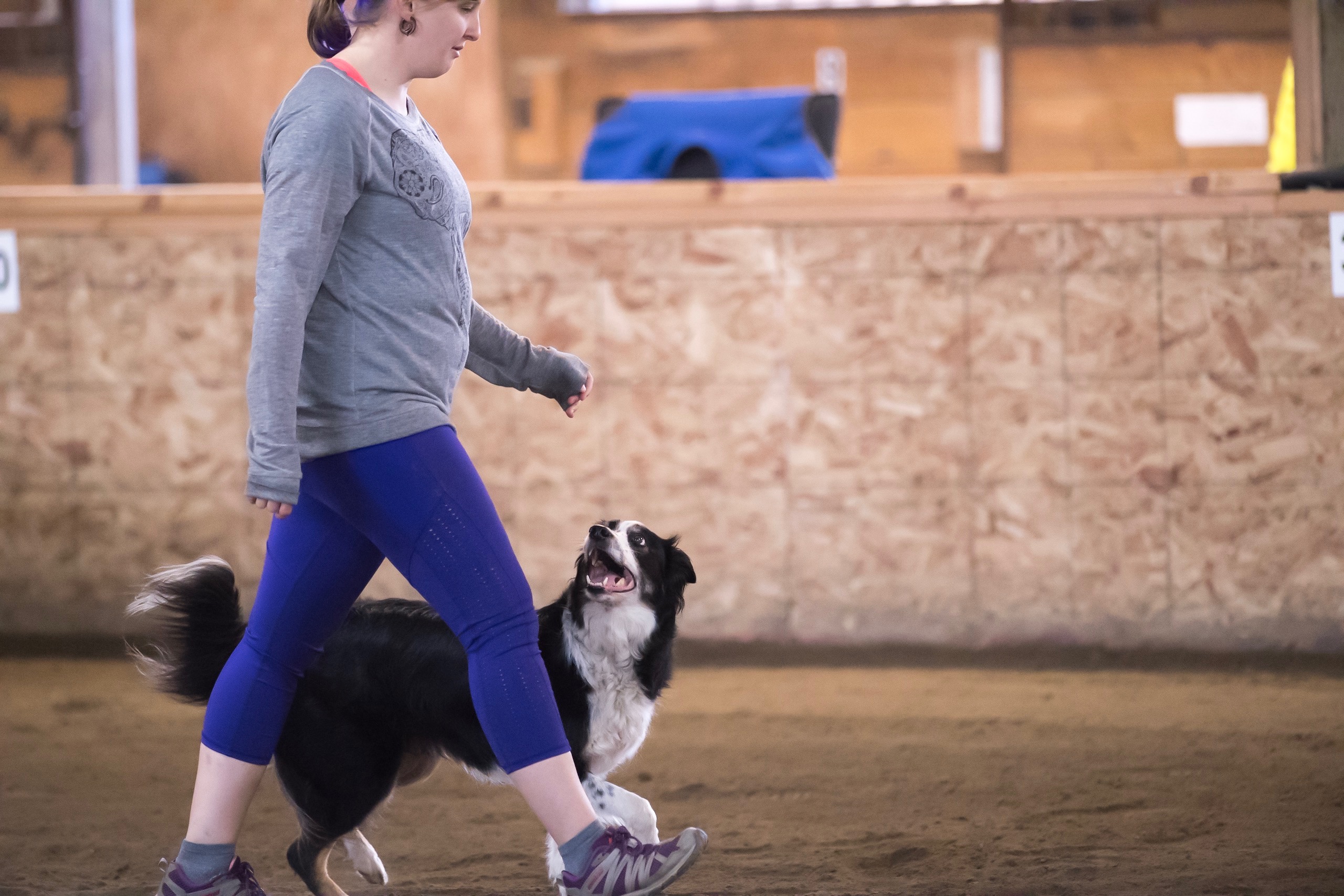 my queen and I heading to the line

Then Idgie and I sank our teeth into agility in a way I never had with Kelso. She loved it. I loved it as much as I always had but saw it in a new light. I experienced it in far more than titles but in podiums, trophies, and big events. Together Idgie and I were an agility team I’d always wanted to be a part of. The week Kelso died I debuted Idgie in Obedience, five years after his retirement show. This wasn’t planned but felt fortuitous; a tribute to him. Idgie finished up her CD in three tries and we moved on, and haven’t been back. We got high scores, she was incredible as she always is, but that was almost three years ago and I haven’t so much as checked on local obedience trial schedules. She is trained, has some nice open floor work, but I feel zero pull back into that ring.

My separation from competitive obedience wasn’t something I noticed. Idgie and I had agility so I neither missed it nor wondered why I had no desire to return. I still like training some elements of obedience and Idgie is trained very well in those facets of the game, but she may never walk into another obedience ring again. It was like the sun set one night on obedience and the next morning brought agility. No grief, no “why don’t I still love this thing I have loved for so long” woes, and certainly no looking back. Idgie has had a long and successful agility career and that great run is winding down. She is nearing ten years of age and this is her last year out. I am going to retire her strong the way I retired Kelso, and it occurred to me very recently that a pattern is emerging. 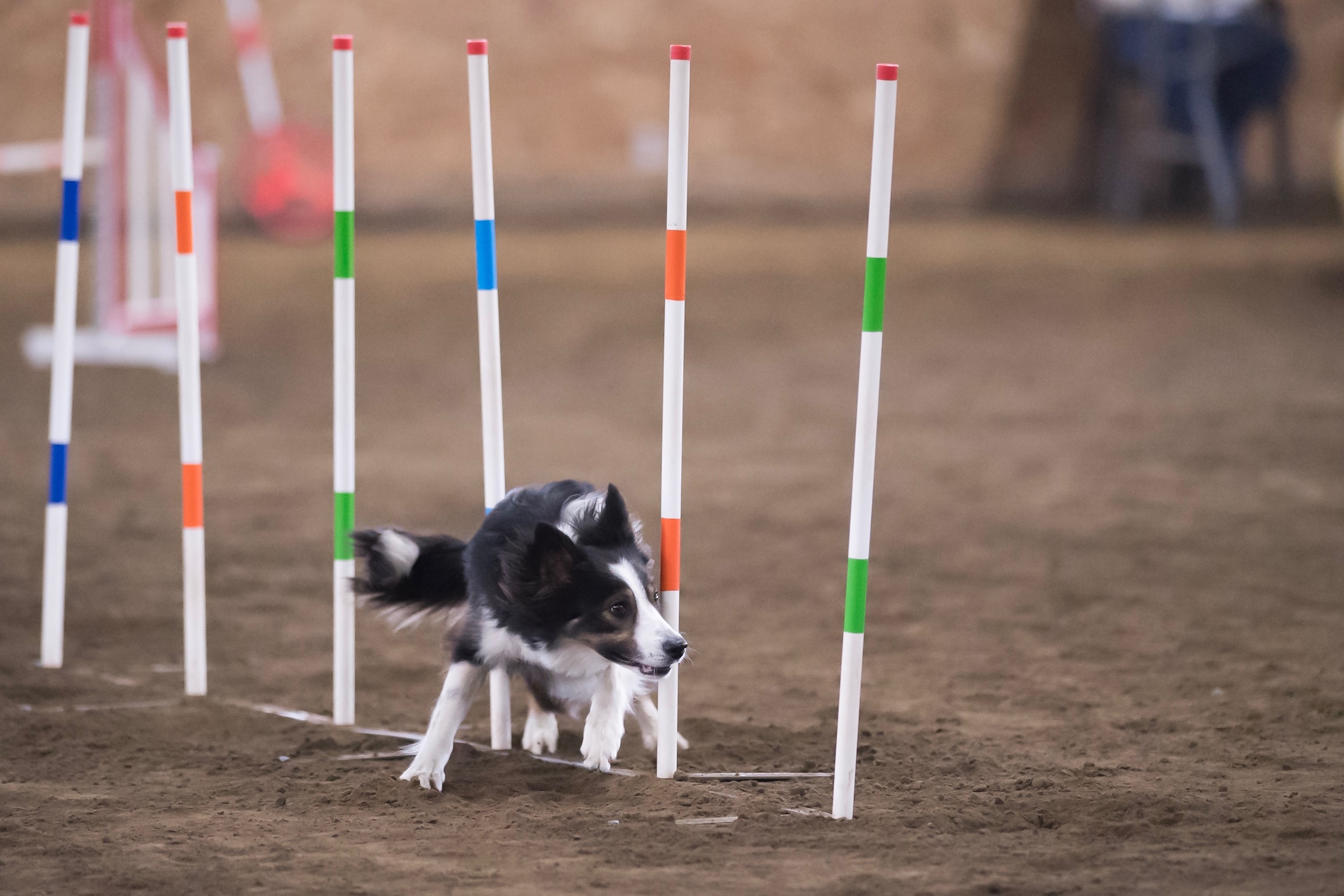 You see, I don’t want to do agility with Felix right now. I love him; he is talented and powerful and full of potential. And yet, I find myself unmotivated in both his training and competing processes. I have been upset over this—distraught even. I have moaned and groaned and whined and wondered—what is going on here? I love this dog and I love this game so why do I feel so blah? It took talking this out with a friend to realize that this happened to me before. That when I retired Kelso from Obedience I stopped wanting to be in that ring. If I wasn’t doing Obedience with Kelso, I didn’t want to do it at all. I thought that would change after I lost him; I thought it would change once I really started training Idgie the Open and Utility work, but it didn’t. I think what’s going on is that I don’t want to do Agility without Idgie, just like I stopped wanting to do Obedience without Kelso. My lack of motivation to do Agility with Felix has absolutely nothing to do with him. Idgie could be a phenomenal Obedience dog–but she won’t be. And that’s ok.

As of today, I still think Felix and I will be playing Agility together. A new friend and student says her dog is getting his “seminar championship,” (as in, they train the snot out of Agility but don’t compete) and I think that might be Felix too, for a time. I am going to step back and allow my energy to be entirely focused on Idgie when it comes to competing until she retires, and then mourn the loss of her career as I know I will need to. Felix will get my training brain and energy in the meantime. The good news is I have actually dug into why the training didn’t feel enjoyable and am back to looking forward to Felix’s training days (more on that in the future, perhaps).

A good friend said to me that our relationship to Agility should really be like any other kind of relationship. True commitment requires that we embrace change. I have been in love with this sport for more than 20 years and my connection to it has been all over the map. From awe and attraction, to casual commitment, to full-on no holds barred starry-eyed love affair, to deep-dark-depths of sorrow, and now to the twilight of something magical. Tomorrow it will be something else. What that is, I’m not sure, but I’m riding it out, staying on the rollercoaster, and letting it go where it will.