Have you ever halted a dog’s aggressive outburst by laughing or praising him? Have you ever calmed an excitable dog’s greeting by acting disinterested? Maybe you’ve ended an argument with a fist of handpicked flowers, or soothed your own anxiety by making light of a situation. In any of these cases and many more, you’ve practiced non-complementary behavior and the results were probably spot-on.

Several years ago I was sitting at a kitchen table across from two new clients and their dog; an akbash with stranger-directed aggression. One owner held the leash attached to this 120 pound dog, and I talked to his humans while I observed his behavior from across the large table. I looked across at the dog, and in an instant things changed. He reared up, lunged across the table at me, and I quickly threw a handful of chicken directly at his face. Lucky for me, it worked. He stopped, backed off, ate the chicken, and then sat quietly, waiting for more food. A more traditional or old school approach would have been to do what’s natural; to yell or pound on the table–to meet that aggressive display with yet another aggressive display. But as I tell my clients, humans don’t win dog fights. Flipping the script on this dog was my best option. 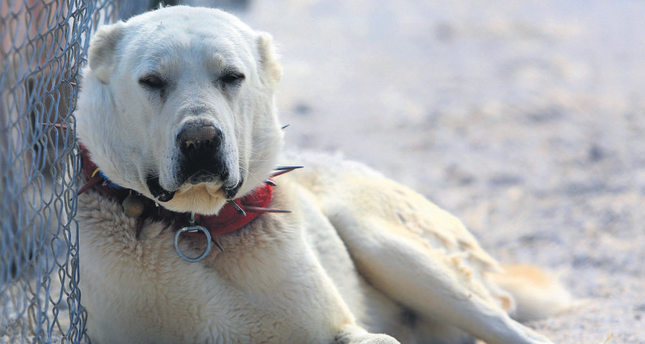 The akbash is a powerful livestock guardian dog

Similarly, if I witness potential conflict arising between two of my dogs, I will tell them how silly they are in my ridiculous dog voice and watch as their bodies loosen, their faces relax, and everything goes back to normal.

Jump wings falling down on the agility course (due to wind or clumsiness) are akin to a scraped knee for my young dog Felix. He is keen to keep playing, but is upset by the wing falling, and I have two options. I can meet his startle with my own, and we are in trouble. Or, I can laugh about the wing falling over, dance around and invite play, and the pup shakes it off much sooner. I like to think my non-complementary behavior is helping Felix to maintain his resilience.