We live in a culture of symptom-chasing. Our medical professionals are highly skilled symptom-evaders*, our medicine cabinets are packed with symptom-easers, and mental health is discussed even less often than mental illness, which is saying a lot.

It makes sense; it’s easier to highlight what is wrong, to make a bullet list of things we’d like to make stop, than it is to illustrate the sometimes invisible “right” stuff.

The dog training industry is not immune. 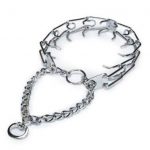 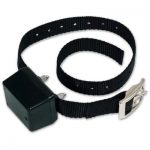 Sadly for both the dogs and their people there is an enormously successful field in dog training that centers on making bad stuff stop. They slap a collar on a symptom and zap (or choke, or jab) it out of the dog’s behavioral repertoire. What they don’t realize is that behavior is energy; it is neither created nor destroyed. Reinforcement builds it, punishment reduces it, it can change shapes but it does not disappear. An aggressive outburst stems from a nervous system response; it is a symptom of an emotional condition the dog is in. Suppress this symptom with a quick dose of aversive stimuli and you’ll see it reduce. Rest-assured, it will manifest elsewhere.

I once knew a dog I will call Sparky, and she was the victim of this very culture. It all started after a move, when she was being destructive when left alone. The destruction was the symptom (mostly trash eating, some pillow de-stuffing) and a crate was the pill her owner chose. So, Sparky was crated for about 9 hours straight each day, and no longer destroyed bedding or trash. Soon after, her destructive behavior manifested as incessant barking. Facing eviction, her owner bought her an electronic bark collar. Barking was the new symptom caused by the first pill, and a new pill was given; the collar.

Barking ceased. And Sparky began to tear herself apart. She chewed the hair and top layer of skin off her own body. It was too long before the truth of the matter was addressed, but it eventually was.

What if Sparky’s initial symptom, the destructive chewing, had been addressed in a curative fashion, rather than “fixed” with the crate? What if her owner had realized that behavior can’t be stopped; that it must go somewhere? I think she could have avoided the immense suffering she experienced in that crate, alone, strapped to electricity, forced to turn her anxieties toward her own body. The disease was that she didn’t get enough exercise or mental stimulation; she was sick because her needs were not met. The symptom was the chewing, but her disease was left untreated.  Therefore the cascade of treatments ensued until she was quite ill. Guess what? With three walks a day and meals out of Kongs, Sparky doesn’t destroy things or bark and she doesn’t need a crate.

A crate should be a safe place for rest; not a treatment for behavioral concerns.

What would happen if we looked at all behavior this way; as something that can be redirected or channeled but never destroyed? We’d realize that emotions fuel behavior. We’d realize that being sure a dog’s daily needs are attended to is paramount. We’d realize how much worse a symptom-centered behavior change program can actually make things.

We would stop correcting, and start teaching. That is what would happen.

*I have benefitted enormously from the advancements of Western medicine and in no way mean to belittle the great work so many of our doctors do. In the spirit of santosha, I’d like to state that I both benefit from and am sometimes critical of modern medicine. If only we could look at all things this way, rather than the binary viewpoints to which we have grown so accustomed.