A friend recently posed this question to the social media masses: “Do you think dogs who cannot be off leash with another dog in the ring waiting its turn on leash should be allowed to compete in agility?”

Clearly, she doesn’t mind stirring the pot. Unsurprisingly, 141 comments later, no conclusion was reached. So what’s the deal? Why can’t we agree on this, and why do we have to talk about it in the first place? I’ll start with a story.

When I was first starting out in agility I had my dog Kelso in an agility class. He was sitting next to me on the benches next to the ring, quietly waiting his turn. One of the other dogs in the class ran away from her handler, left the ring, and ran up to Kelso. That’s when my dog took a bite out of his classmate. She walked away with a puncture wound in her side which was treated by a veterinarian that night. I walked away with the vet bill and revocation of my invitation to the class.

Thanks for letting me learn through you, Kelso

My dog was leashed, under control, and where he was supposed to be. Her dog was newly adopted, fairly untrained, and could not be recalled. And yet, I was in trouble. That was fifteen years ago, but I haven’t forgotten the lesson: in the sport of dog agility the expectations surrounding dog behavior are seriously screwed up.

At agility trials we expect our dogs to tolerate all kinds of unnatural things. A bunch of dogs crammed into a barn, spun up on adrenaline, attached to handlers who are pretty preoccupied is a recipe for such disaster that frankly it’s surprising to me how few altercations occur on any given weekend. The expectation of my dog in the situation described above is that he would tolerate this other dog running up to him in a very cramped space. That’s a tall order, and not a fair one. Yet, were the same scenario to play out at a trial, similar disciplinary actions would have taken place. Had we been in a ring, she running and I waiting my turn, my dog would have been barred from future trials, not just one agility class.

For some reason a wide variety of dog behavior is considered acceptable in the agility world (barking, jumping on people, pulling on leash, shaking and slapping a toy, I could go on), just not anything that remotely looks like aggression. Unfortunately we don’t get to cherrypick behavior; not for our dogs, our children, our partners, our coworkers, or anyone else. We either say we need our dogs to be robots (not happening!), or we accept the wide variety of behaviors that dogs bring to the table. End of story.

So, if we are going to admit and accept that dogs will be dogs–and that includes a lot of behaviors that may not be compatible with our sport environment–we now must take on a greater level of responsibility. If I recognize and 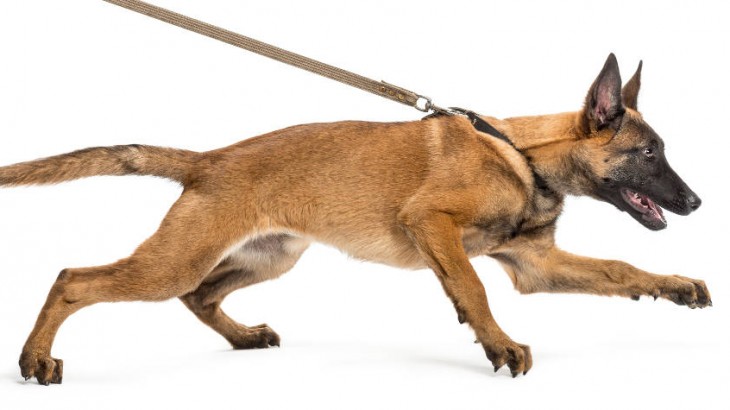 embrace that the dog next to me is capable of: running off, getting into a dog fight, stealing food off the table outside the ring, ducking under the ring fencing and chasing down a rabbit, jumping on people, and the rest of the gamut of dog behaviors ranging from highly probable to highly unlikely, that means it is now my responsibility to properly prepare my dog for the environment and utilize reinforcement to influence his behavior as best as I can. It is not up to our dogs to be robots (and expecting them to tolerate a strange dog in their face IS expecting them to be a robot). It is up to us to teach them what is expected of them, and to prioritize teaching them how to be safe in the environment we choose for them; i.e. how to mind their own business. Dogs that leave other dogs alone and leave people alone are the safest dogs at agility trials. If every single person competing in agility took it upon themselves to teach their dog to keep to himself (which, by the way is possible and does not require robotics) we would all be much, much safer (and happier!) at trials.

The Role of Instructors

Agility in the United States is for all people and their dogs. Most people who get into the sport do so with their pet. The vast majority of agility enthusiasts are not dog trainers or dog behavior specialists. They look to the people teaching this sport to know what skills their dogs need; and leaving out skills regarding the tough social environment that is trials is a disservice that is done too often. Ring entrances and exits, handler-focus in the face of social enticement, strategies for avoiding dog-dog altercations, and the importance of remaining attentive to our dogs should be as hardwired into agility curricula as front crosses, contact behaviors, and weave poles. Until this changes, we will continue to see tighter attempts at management (Fort Knox style ring gates, anyone?) and more dog-dog altercations. Our sport is only getting more crowded while our dogs are only getting more intense. Our training must step up to the plate, and it won’t if the instruction does not improve.

Fifteen years ago I made the error of having my dog ringside in class, and another person made the error of unclipping the leash on a dog who would not stay focused on her or the game. An instructor made the error of allowing both things. We all paid for it. Here’s what could have been done differently: my dog would have been crated in my car while he waited his turn, and her dog, who was not ready to be running a full course, would have been in an appropriate-level class instead. Our instructor would have mandated both of these things. If I had my way, this would be the future of agility: handlers who own that their dogs are dogs and take responsibility for their behavior while maintaining reasonable expectations. And instructors who help their students with all of the above. If you agree, be that example, and spread the word.