The first time I used a head collar was twenty years ago. At the time it was a relatively new tool, I was very much a “balanced” (read: I used corrections and food to train) trainer, and I was in love with that thing. I was 12 years old, handling a 70 pound doberman, and the head collar finally gave me the kind of control I had been seeking with that dog. I had tried training her with a choke chain (which I thought was more humane than the medieval-looking prong collar her previous owner was using on her) and she was just too strong for me, plain and simple. Head collar on; I had a dog walking by my side like I wanted! Head collar off; I had a bucking bronco that could drag me right to the ground without even trying. My only complaint was that everyone thought it was a muzzle. I wouldn’t put a muzzle on her! 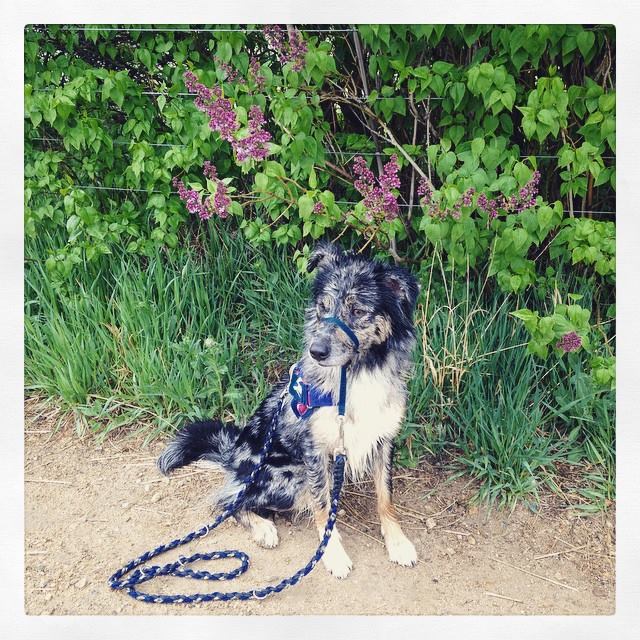 My, how things change. Today the head collar is a tool that is still widely embraced by the positive reinforcement dog training world. Rarely do people mistake them for muzzles (which, ironically, I am now all about!) anymore. Sport people the world over use them on young dogs. Pet dog trainers hand them to their clients. They are considered the gold standard for humane management of reactive, aggressive, or just plain strong dogs. Since I first used one 20 years ago things have really changed, and I think it is time for them to change again.

I would call my training dog-centered. I would call it kind. But if I have to categorize it in a way my profession understands it, I’d say I follow a LIMA–Least Intrusive Minimally Aversive–approach. I don’t love this label because I think it focuses on what I try to avoid, rather than what I actually do, but let’s examine where a head collar might fit into a LIMA trainer’s work. Every single dog I have ever tried to put a head collar on has fought the thing. There are countless youtube videos teaching people how to introduce dogs to head collars because dogs just don’t like them. A prong collar might look awful (and is not a tool that fits well into LIMA either) but I’ve never seen a dog avoid one like they do when you get out the head collar. There is almost always a tool available to us that is less intrusive, and less aversive, than the head collar. 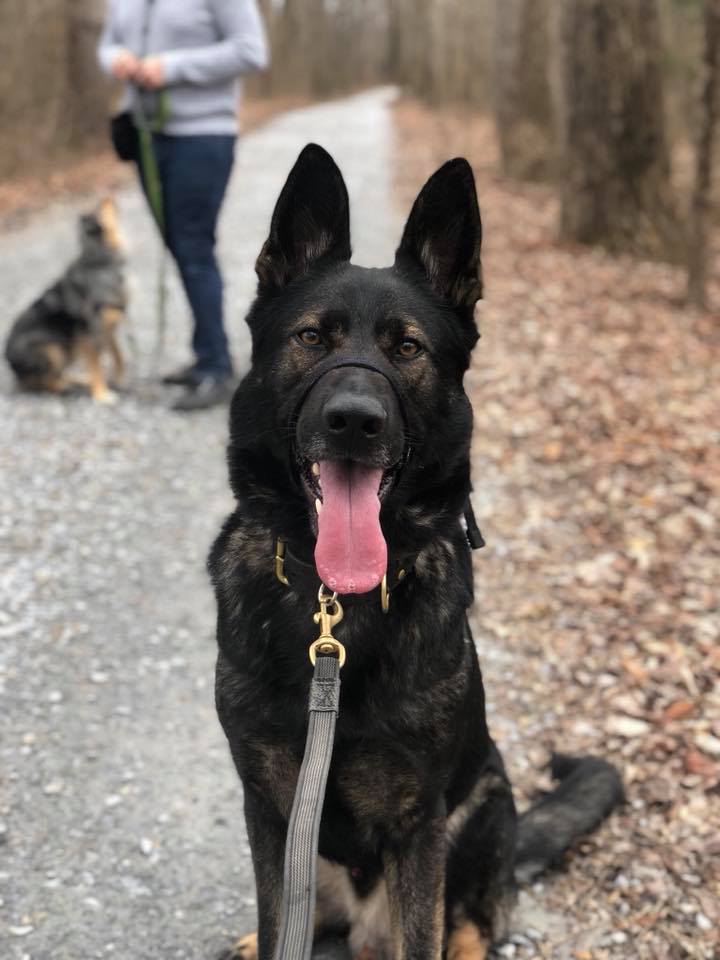 I wrote here about the Humane Hierarchy and while it has its imperfections, I think it is a much better guideline than LIMA. So where do head collars fit in? We could certainly argue that the use of this tool falls under the antecedent arrangement category. We are simply restricting the dog with the head collar, much like we might restrict with a baby gate, right? I think there are certainly cases where this is true. My 12 year old self walking that huge doberman needed that head collar. The use of that tool in that situation was setting both of us up for more success, and I am grateful that it got the chain off of my dog’s neck. But we could also put it in the negative punishment (this is largely how sport people are using it–to block their young dogs from taking advantage of the reinforcement in their environment) and negative reinforcement (if the dog eases up when he hits the pressure of the head collar, that’s what’s happening) categories–the last acceptable stops on the road of the hierarchy.

Ok, let’s talk about the supposed “calming” effect head collars have on dogs. I have been calling BS on this one for some time; that what is being described as “calming” is nothing more than suppression of behavior. The same trainers who claim head collars are calming will point out that dogs wearing shock collars are “shut down.” My thoughts here were called to task recently when someone questioned the calming effects of the Thundershirt, claiming what I just did–that this product is also just shutting the dog down. I was forced to operationalize calming because I disagree, I find the Thundershirt to be a tremendously helpful product for anxious dogs. In my observations “normal” social behaviors (whatever is normal for the dog in question) would remain intact, there would be no increased latency in training, and there would be a reduction in “anxiety” behaviors (shaking, hiding, etc.) if a product was “calming.” Here is my breakdown: 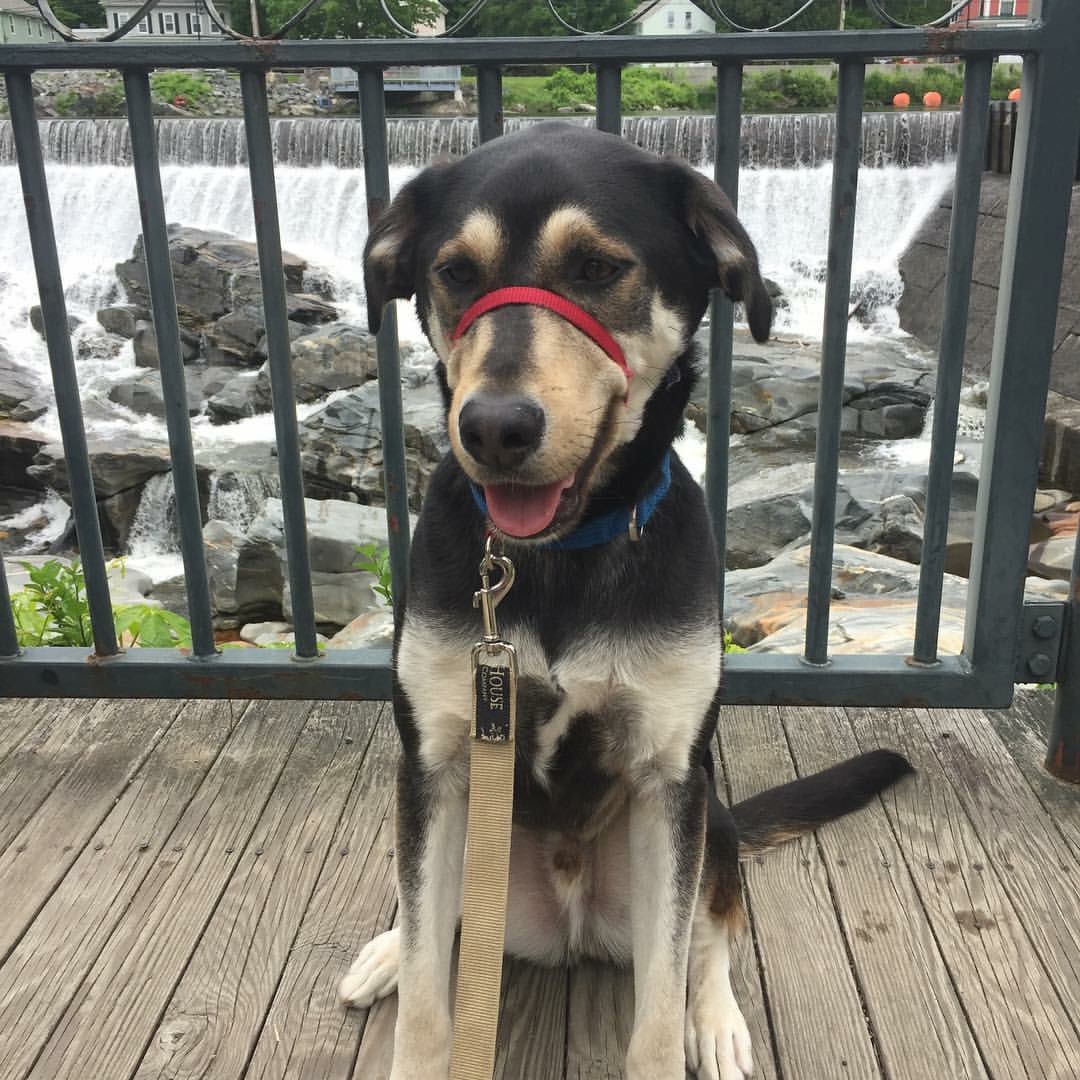 To be clear, I’m not in favor of a “ban” on head collars or on the abandonment of this tool entirely. I do think that we need to reconsider its use, and get real about what is really is; an aversive tool that looks nicer than most of the other aversive tools. Does that mean it’s never ok to use? Not in my book, but maybe in yours, and that’s ok!