Much of the time this blog is centered on doing the next right thing, and I hope this one gets there in the end. But today I am, frankly, pissed off.

I am fed the hell up with “rescue” groups making this world a whole lot worse for dogs and the people who love them. 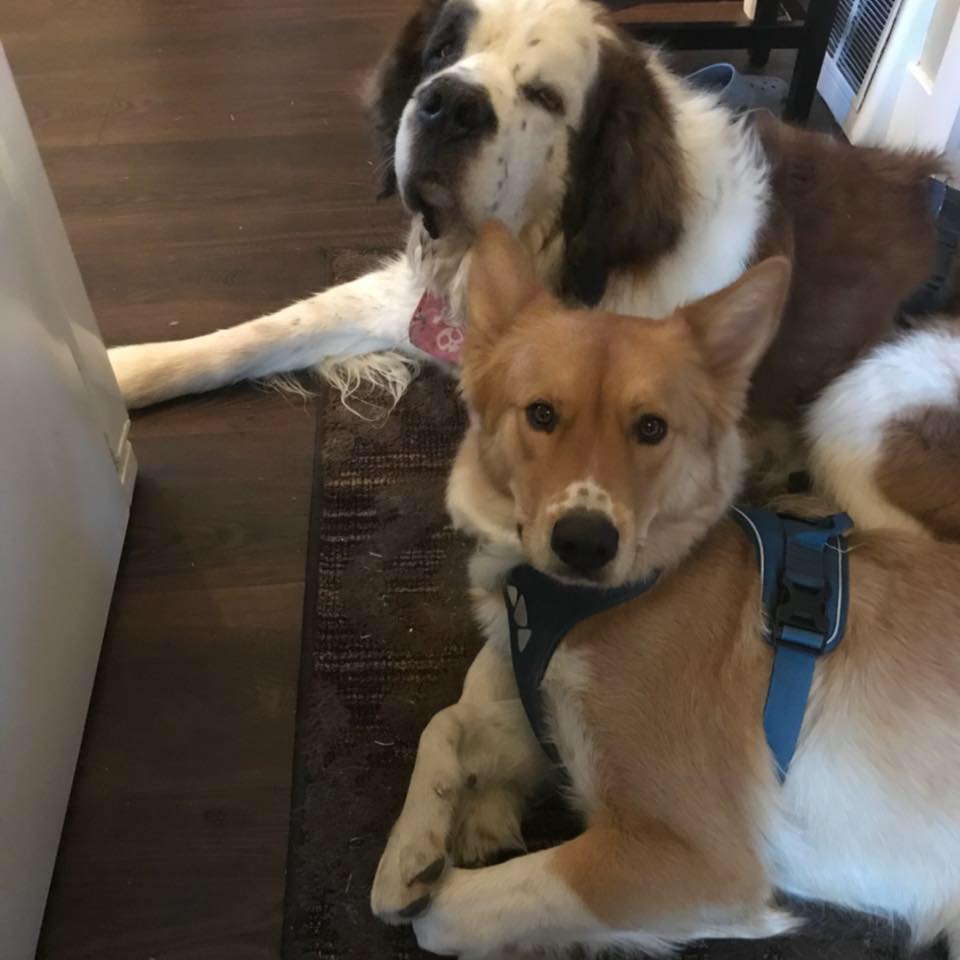 Clementine the saint was adopted from an open-admission, high-intake shelter in a big city, and she is solid gold. Kenobi the mixed breed was adopted from a local rescue organization and he’s had his set of challenges, but is a wonderful dog as well.

Ok, before you throw stuff at me, listen. I am in no way talking about open-admission shelters, legitimate and responsible rescue organizations, and the like. I know these folks are doing good work, I am friends with so many excellent humans in those fields. The rescue groups I am referring to are making things harder for the shelters and their legitimate counterparts. They are wrecking this system for us all by recirculating dogs that should not be adopted, by shaming pet owners about rehoming, and by slinging their arrows via hashtag at anyone and everyone who might own or–gasp!–breed an intact dog.

Why today? Why am I so angry right now? Listen to this story that a colleague told me. A colleague I talk to often about our cases. A colleague who has rescued, fostered, and done her time on that side of the world.

A family with small kids adopts a puppy from a local rescue group who obtained said puppy from a “kill shelter” (don’t even get me started on that phrase!). By age 5 months the pup is extremely fearful of all things “new,” and making aggressive displays toward family members as well as strangers. This family hires a trainer, does the work, and meanwhile experiences a major family crisis that has nothing to do with the dog. The family makes the heartbreaking decision, with their trainer’s counsel, to contact the rescue group about giving the puppy back. 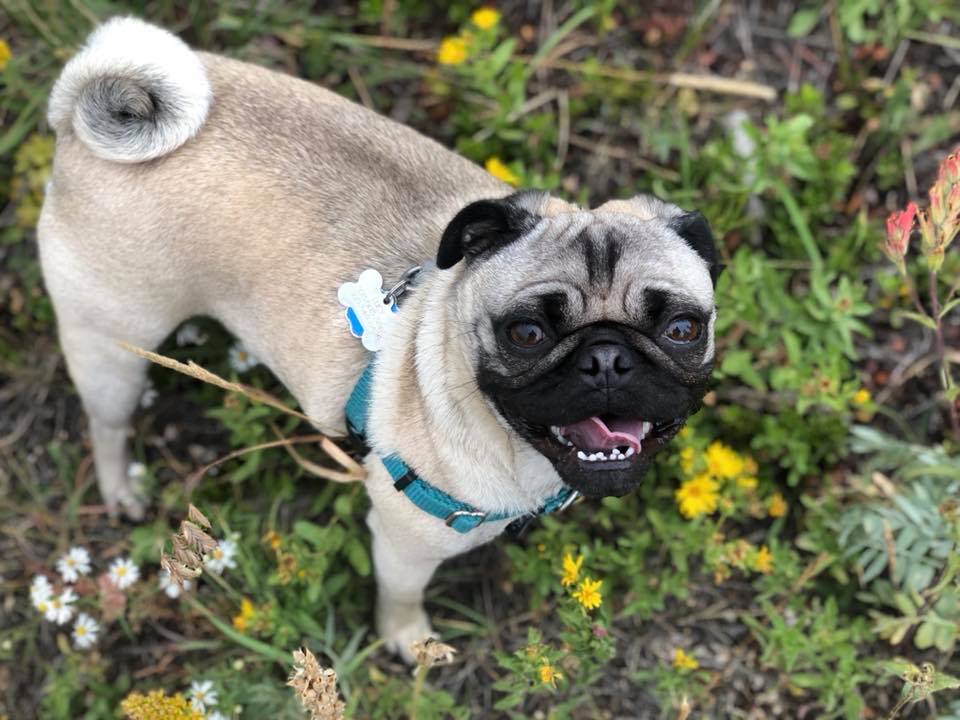 After losing a young pug, my mom wasn’t sure she’d ever have another dog. Then she met Lucy at a big shelter, and never looked back.

The rescue contact person proceeds to shame and bully the family about this choice, concluding that they can of course re-home the puppy, if the family fosters him in the meantime.

Let me be clear: the rescue group’s contract requires the family to contact them if the pup doesn’t work out, and yet they are unwilling to take the pup back into their system.

But wait! It gets better! The trainer, my colleague, informs the rescue of the severity of the dog’s issues and states that the dog can’t stay in her clients’ home while a new home is found for safety reasons. Upon receipt of this document, the rescue washes their hands of this dog. They say the family is free to explore other options. As in, oh well in that case, go ahead and do what you will. We will keep him in our records as “adopted” which helps our numbers, and you can figure it out.

I hope you can read that I am seething at this point. The dog then fails evaluations with a legitimate rescue group, and is now one of the masses, one of the many dogs in this country who fits nowhere. Luckily, this family does care about him, and at the very least he will not die alone on a table in a municipal shelter.

I’m not telling you this story because it is unique. I’m telling it because it is one of so, so many. Here are just a few more titles of stories I could tell:

dog with bite history is adopted to family; tragedy ensues

pit bull is taken from fighting ring, spends life in a kennel alone, unable to integrate

street dog is “rescued” from overseas, spends months shivering under a coffee table

Seriously. I could go on.

I can hear the naysayers, the #notallrescues comments raining from the sky. Listen, I said it at the top: I think the above stories are undermining the excellent work so many people are doing. Until the shelter and rescue world steps up and demands better regulations, until they care about people and not just animals, this won’t get better. I’m not saying buy a dog from a breeder. I’m not even saying get one from a shelter. I’m saying know where your dog is coming from and call out the organizations that claim to do good, who are often doing harm. 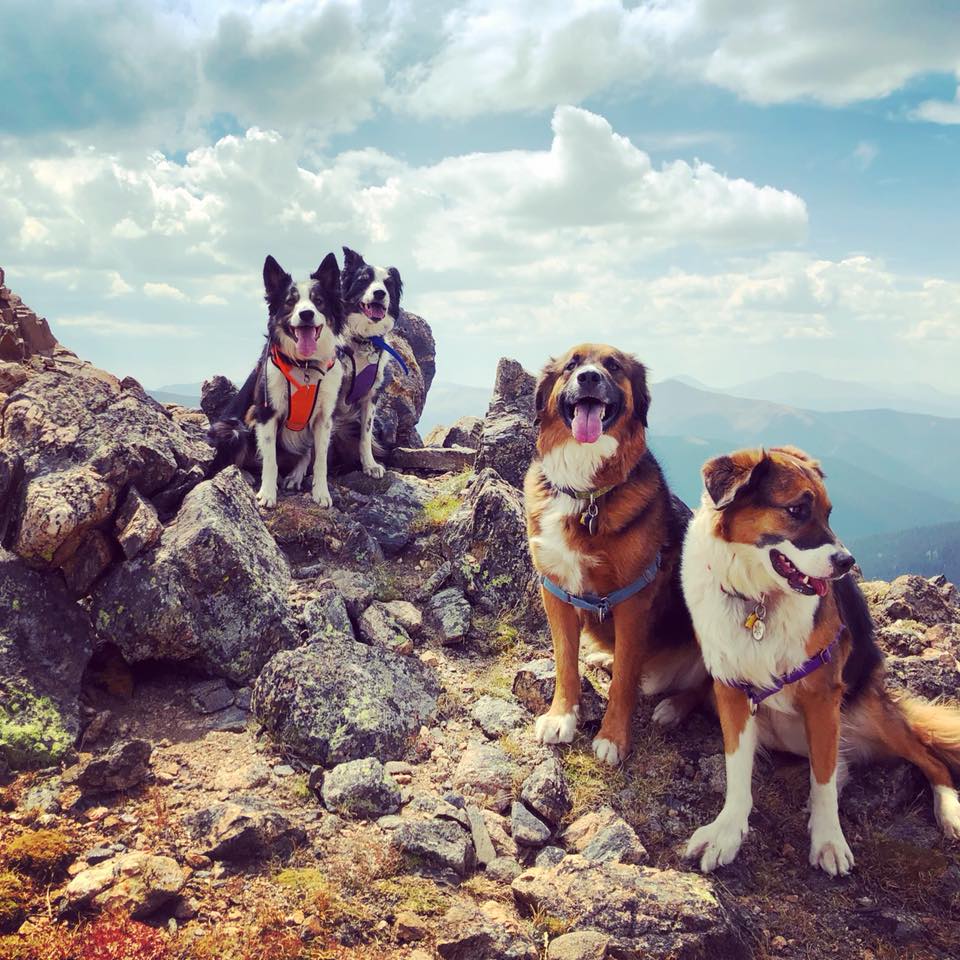 Four dogs. Two from breeders, two from a rescue organization. All worthy of love, training, and long hikes.

What’s with all the password-protected posts? They are part of a new paid subscription service, Puppy Elementary. Learn all about it HERE.